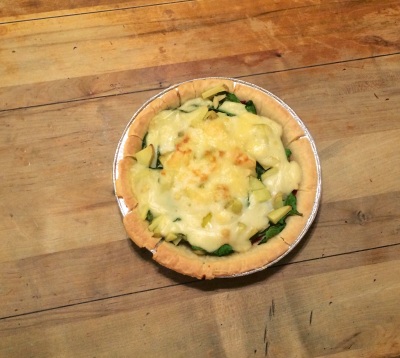 I remember as a kid when we’d walk down the frozen food aisle at the grocery store I would always be intrigued by the perfectly packaged pot pies. The frozen dishes were made in individual portion sizes and the idea of mixing a buttery pie crust with fresh vegetables and a creamy white sauce intrigued me. Obviously, frozen food isn’t quite as indulgent as my young imagination believed, but once I began making the dish at home when I hit my teenage years, I was able to actually understand and appreciate the flavors in every bite. I made the classic recipe again the other night for a quick and easy dinner. And by adding in a plethora of vegetables, I was able to pretend it was just a little healthier than it may actually be. 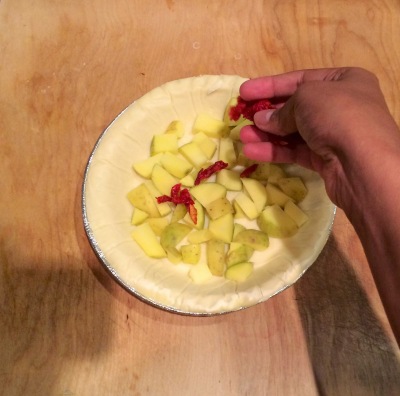 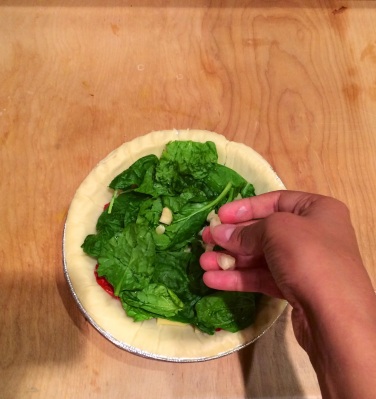 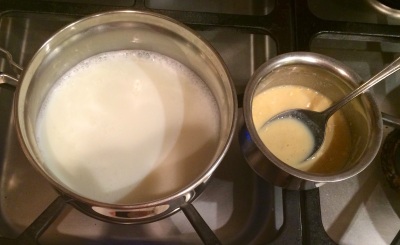 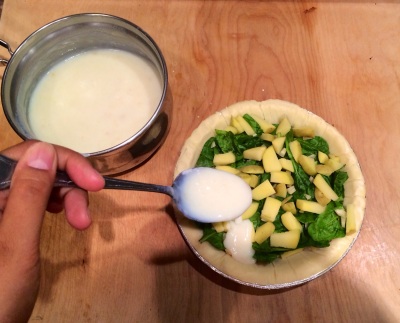 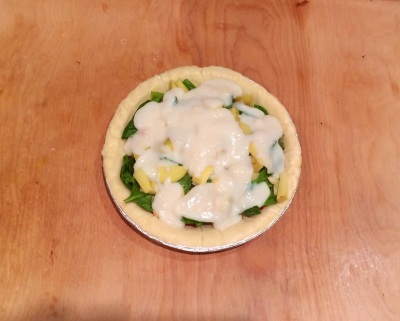 Recipe:
1. Chop up the potatoes and layer the base of your pie crust with it. Tip: To make the potatoes softer, you can half boil them first.
2. On top of the potatoes, add in sun dried tomatoes, followed by spinach, chopped garlic, and finally a top layer with more potato.
3. To make the white sauce, first warm some milk. Next, mix the flour with water until it is thickened. Add the thickened flour into the milk and stir it in until that becomes thickened. Add salt to taste.
4. Add the white sauce onto the veggies. Make sure to be generous so that it can fill in the spaces between the veggies.
5. Crumble gruyere cheese on top.
6. Bake for 30 minutes at 350 degrees, or until cooked.
7. Enjoy!